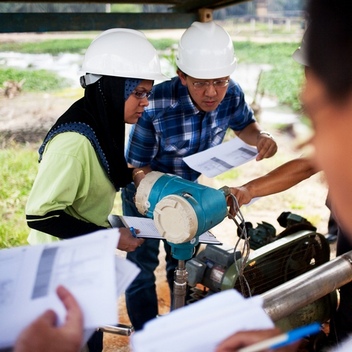 (Bonn, 27 August 2015) – Clean technology in developing countries has received a further boost with the establishment of a centre to promote the Clean Development Mechanism (CDM) in the Asia-Pacific Region.

Welcoming the establishment of the centre in Bangkok, Thailand, just months before the UN Climate Change Conference in Paris, Christiana Figueres, Executive Secretary of the United Nations Framework Convention on Climate Change (UNFCCC) said: “By providing a hub for CDM project opportunities in the Asia-Pacific region, the new Regional Collaboration Centre in Bangkok is a further step towards a truly global climate change response and serves as another example of successful international cooperation.”

The Centre will be operated in partnership with the Institute for Global Environmental Strategies (IGES) and will support all countries in the region in identifying and designing CDM projects and offering opportunities to reduce transaction costs. It will work in collaboration with the other Regional Collaboration Centres (RCCs) in Africa, Latin America and the Caribbean.

Professor Hironori Hamanaka, Chair of the Board of Directors of IGES, praised the inter-agency cooperation as an important step towards attaining the goals set by the international community to combat climate change. He said: “We are honored to work in partnership with the UNFCCC in Asia and the Pacific, and this Regional Collaboration Centre in Bangkok will further tap the potential for CDM projects in the region.”

The Asia-Pacific RCC will be hosted in the IGES offices in Bangkok and will become operational on 1 September 2015.

With 196 Parties, the United Nations Framework Convention on Climate Change (UNFCCC) has near universal membership and is the parent treaty of the 1997 Kyoto Protocol. The Kyoto Protocol has been ratified by 192 of the UNFCCC Parties. For the first commitment period of the Kyoto Protocol, 37 States, consisting of highly industrialized countries and countries undergoing the process of transition to a market economy, have legally binding emission limitation and reduction commitments. The ultimate objective of both treaties is to stabilize greenhouse gas concentrations in the atmosphere at a level that will prevent dangerous human interference with the climate system.

IGES is a non-profit, research institute headquartered in Hayama, Japan with offices in Kansai, Kitakyushu and Tokyo, as well as in Bangkok, Thailand and Beijing, China. Information on IGES research, networks and events are available on the IGES website: http://www.iges.or.jp/en/