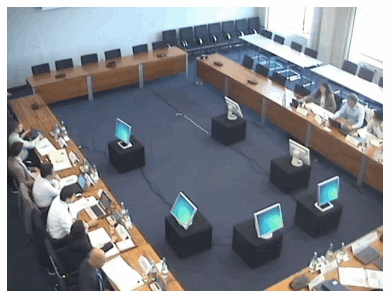 Under JI, projects in countries with an emission reduction or limitation commitment under the Kyoto Protocol can earn a saleable credit for each tonne of greenhouse gas they reduce or avoid. The mechanism, which has spawned about 600 projects in 17 countries, has virtually stopped while countries turn their attention to negotiating a new climate deal, to be agreed in Paris at the end of 2015 and take effect in 2020.

“Countries, private and public sector stakeholders and this committee have built a tool that has a role now and a role in the future when countries agree on ambitious action to address climate change,” said Piotr Dombrowicki, Chair of the Joint Implementation Supervisory Committee (JISC). “Countries when they meet in Lima later this year need to take decisions that safeguard and even improve JI, or risk losing all that has been built over many years.”

The JISC will deliver this message in its annual report to Parties to the Kyoto Protocol when countries meet for the UN Climate Change Conference in Lima, Peru, later this year. The JISC focused much of its 35th meeting that just wrapped up on finalizing its report and recommendations to Parties.

The JISC will also deliver in its report a series of recommendations on how JI can transition to operation under revised guidelines now being considered by Parties. Among other changes, the revised guidelines call for a single, unified track for the vetting and international oversight of projects under JI.

“We will continue to implement and improve this mechanism, and we will continue to point out to the policymakers crafting an international climate change agreement that JI must endure and evolve,” said Mr. Dombrowicki.

In the past few years, the JISC has been instrumental in coming up with improvements in the way JI operates. Parties to the Kyoto Protocol are expected to agree on new rules for JI when they meet in Lima, based largely on the JISC’s recommendations, including for a streamlined mechanism with broader, more effective oversight.

The JI mechanism is facing difficulty due mainly to low demand, ultimately tied to countries’ level of ambition to reduce greenhouse gas emissions. The JISC is also challenged critically by the fact that JI units are created by converting a portion of a country’s total allowable emissions, so-called assigned amount units, which for the current commitment period of the Protocol have yet to be issued.

For a full report of the meeting see: http://ji.unfccc.int/Sup_Committee/Meetings/index.html.

About Joint Implementation under the Kyoto Protocol