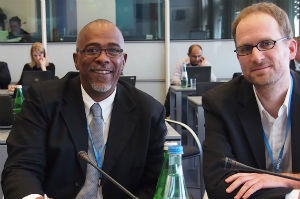 The CDM experienced impressive growth, culminating in a rush of project submissions in 2012. This was followed in 2013 by a drop, the result of low demand for CDM certified emission reductions (CERs), ultimately tied to countries’ level of ambition to reduce greenhouse gas (GHG) emissions. About 17 projects now enter the pipeline each month.

“These are challenging times for the CDM. The ship is sound, in the best shape ever after years of improvement, but there is little wind in her sails,” said Hugh Sealy, from Barbados, who took the helm of the CDM Board at its 77th meeting just concluded.

To date more than 7400 CDM projects have been registered in 94 countries and more than 1.4 billion CERs have been issued, each equivalent to a tonne of CO2 reduced or avoided.

“We need to use our imagination and be bold in looking for ways to encourage use of this mechanism. Climate change needs to be addressed and we have in the CDM a fantastic tool for directing investment to emission reduction projects,” said Dr. Sealy.

The new Chair pointed to the Board’s initiatives to seek out new demand for the CDM, for example from companies, agencies and large events wishing to offset their emissions as part of social responsibility initiatives, and use of the CDM as a “results-based” development tool by donors and special funds like the Green Climate Fund. He also cited the decision taken at last December’s Climate Change Conference in Warsaw that invited countries to mitigate their GHG emissions using the CDM.

Dr. Sealy, an environmental scientist and chemical engineer who has served on the Board since 2008, last year as Vice-Chair, is a Professor at St. George’s University in Grenada. He takes over from Peer Stiansen of Norway. Lambert Schneider, from Germany, was selected as Vice-Chair. Mr. Schneider, who joined the board in 2013, is engaged in research and consultancy on carbon markets, climate policy and energy policy. Both will serve in their posts until the first meeting of the Board in 2015.