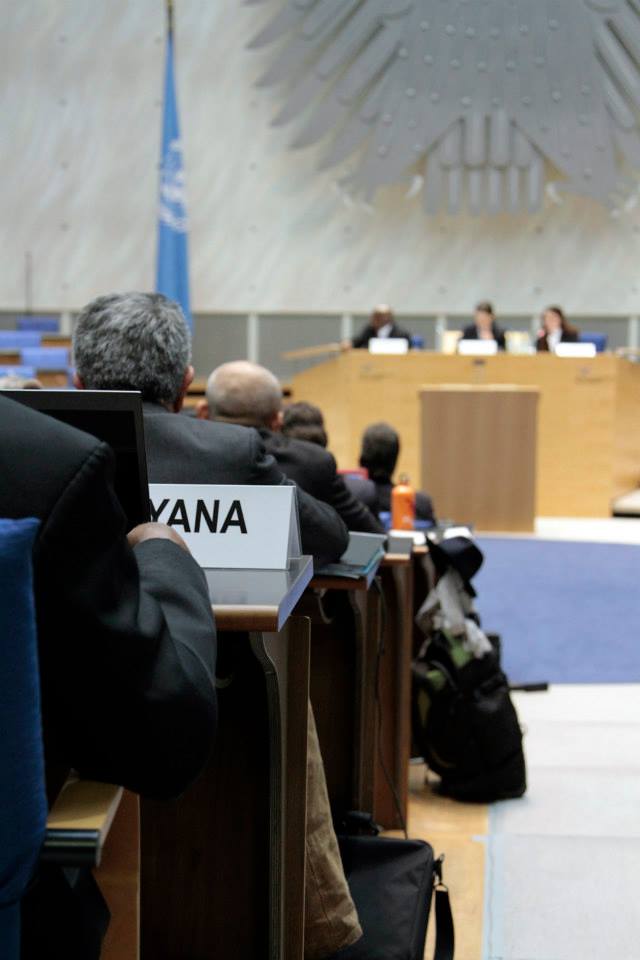 (Bonn, 10 October 2013) – After three days of focused discussion, several key issues central to negotiations towards the 2015 global climate agreement have been further defined and clarified.

The Joint Workshops on the Framework for Various Approaches (FVA), Non-Market-Based Approaches (NMA) and the New Market Mechanism (NMM), were conducted in Bonn, Germany from 7-9 October. Mandated by the Subsidiary Body for Scientific and Technological Advice (SBSTA), the workshops intended to clarify key issues and narrow down the options to be discussed on each of these three work streams at the November UN Climate Change Conference in Warsaw, Poland.

“Non-market and market-based-approaches together with the framework for various approaches represent one important avenue to increasing ambition and mitigation levels worldwide,” said UNFCCC Executive Secretary Christiana Figueres. “I am heartened by the progress made on these issues over the last three days as progress here will lead to progress elsewhere on the road to the 2015 climate agreement.”

Highlights from the discussions in each of the work programmes include:

Three reports, one from each workshop, will be issued in the coming weeks and made available for consideration at SBSTA 39. The co-facilitator summaries, identifying possible areas of convergence and areas for further discussion, will also be made available on the UNFCCC website.

More than 110 countries and 17 observer organizations attended the workshops. Thanks to the assistance of donors, specifically Switzerland, New Zealand, Norway, the EU and the UK, all Parties eligible for funding were offered financial support to attend.

More information on the workshops, including submissions, technical synthesis papers and the workshop reports and summaries

Photos of the event

About the CDM
The clean development mechanism (CDM) allows emission-reduction projects in developing countries to earn certified emission reductions (CERs), each equivalent to one tonne of CO2. CERs can be traded and sold, and used by industrialized countries to meet a part of their emission reduction targets under the Kyoto Protocol. With more than 7,300 registered projects in 91 developing countries, the CDM has proven to be a powerful mechanism to deliver finance for emission-reduction projects and contribute to sustainable development.

About the UNFCCC
With 195 Parties, the United Nations Framework Convention on Climate Change (UNFCCC) has near universal membership and is the parent treaty of the 1997 Kyoto Protocol. The ultimate objective of both treaties is to stabilize greenhouse gas concentrations in the atmosphere at a level that will prevent dangerous human interference with the climate system.