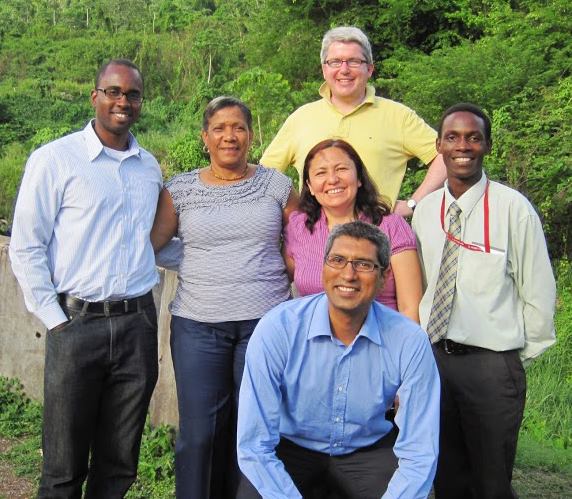 (Bonn, 25 July 2013) – The United Nations Framework Convention on Climate Change (UNFCCC) secretariat has signed a partnership agreement with the Windward Islands Research and Education Foundation (WINDREF) to establish a regional collaboration centre in Saint George, Grenada in an effort to assist in the development of clean development mechanism (CDM) projects in the region.

The partnership agreement was signed by the UNFCCC Executive Secretary, Christiana Figueres, and the Director of WINDREF, Calum Macpherson. This is the third regional collaboration centre established by the UNFCCC and a regional organization with the aim to bring the benefits of the CDM to currently under-represented regions. The first centre was established in Lomé, Togo to increase participation in CDM projects in Francophone Africa, while the second centre was established in Kampala, Uganda to provide assistance in the development of CDM projects in more than 20 English speaking African countries.

“The regional collaboration centres aim to increase participation in the CDM, but their work differs substantially from region to region and from project to project. The centre in Grenada will focus on the needs of the Caribbean Region in an effort to make it an increasingly attractive destination for CDM projects,” said the Chair of the CDM Executive Board, Peer Stiansen.

The office in Saint George became operational on 22 July 2013. Besides hosting the office, WINDREF is also expected to provide personnel, as well as administrative and logistical support.

Commenting on the collaboration, WINDREF Director, Calum Macpherson, said: “We are excited to partner with the UNFCCC to establish a Caribbean regional collaboration centre. The goal of the centre to support CDM projects in the Caribbean Region will offer opportunities to reduce emissions in a cost-effective way and address climate change, which is one of the greatest future threats to health and well-being. We will work closely with the Department of Public Health and Preventive Medicine at Saint George’s University in supporting the centre, given the department’s expertise in climate change initiatives and our common mission of promoting sustainable development throughout the region.”

The new office in St George is expected to enhance capacity-building and provide hands-on support to governments, non-governmental organizations and businesses interested in developing CDM projects in the Caribbean region. The regional collaboration centres are intended to support the identification of CDM projects, provide assistance for the design of such projects, develop standardized baselines at the regional level, address issues identified by validators, and offer opportunities to reduce transaction costs.

About the CDM
The clean development mechanism (CDM) allows emission-reduction projects in developing countries to earn certified emission reductions (CERs), each equivalent to one tonne of CO2. CERs can be traded and sold, and used by industrialized countries to meet a part of their emission reduction targets under the Kyoto Protocol. With more than 7,088 registered projects in 88 developing countries, the CDM has proven to be a powerful mechanism to deliver finance for emission-reduction projects and contribute to sustainable development.

About WINDREF
The Windward Islands Research and Education Foundation (WINDREF) is an independent nonprofit organization located on the True Blue campus of the St. George’s University (SGU), School of Medicine, Grenada. It seeks to advance health and environmental development through multi-disciplinary research and education programs.