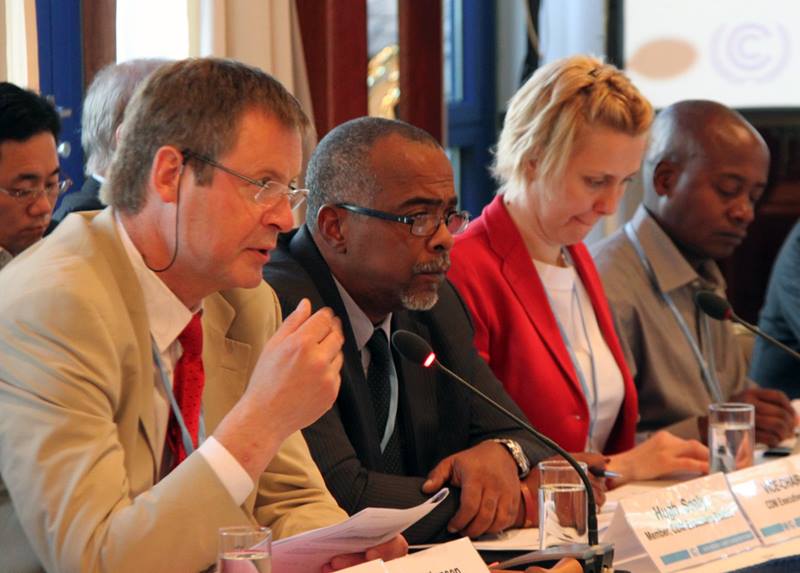 (Bonn, 01 February 2013) – In a week that saw the Kyoto Protocol’s Clean Development Mechanism (CDM) register its 6000th project, the CDM Executive Board approved a two-year business plan aimed at building on the mechanism’s success to date.

The business plan and related management plan, agreed at the Board’s 71st meeting that just concluded, describe a range of projects intended to provide for simplicity and predictability in the operation of the CDM and ensure the integrity of certified emission reductions (CERs), ensure the CDM makes a growing contribution to the mitigation of climate change and sustainable development, further expand the geographic reach of the CDM, and promote the use, and safeguard the reputation of, the CDM as a mechanism for low carbon development.

The plans were written in the context of a carbon market that is suffering from low demand, which relates to the level of ambition of national commitments to reduce greenhouse gas emissions. The value of CERs has declined more than 90 per cent in the past year.

“The CDM is the product of many years of hard work and improvement by countries, the Board, and the mechanism’s many stakeholders, not least the thousands of project participants in more than 80 countries. I believe it can continue to make a valuable contribution,” said Peer Stiansen, the new Chair of the Executive Board.

“The effects of climate change are already being seen, so increased action is inevitable. Now is the time to improve and position the mechanism,” said Mr. Stiansen. “Tools like the CDM will become indispensable.”

Among the projects approved by the Board was the launch of regional collaboration centers in cooperation with existing centers and agencies that have a common interest in facilitating the increase of CDM projects, especially in under-represented areas.

“Now is the time to invest in the CDM, especially in under-represented regions, and bring the mechanism through this challenging period as an even more effective tool to address climate change and spur development,” said Hugh Sealy, who was elected Vice-Chair at the meeting. “To do otherwise would be short-sighted.”

At the meeting, which was devoted to strategic matters, the Board also began its work on the review of the CDM modalities and procedures, requested by Parties when they met last December at the UN Climate Change Conference in Doha, Qatar. Mr. Stiansen of Norway and Mr. Sealy of Barbados will serve in their executive posts until the first meeting of the Board in 2014. They take over from Maosheng Duan of China and Martin Hession of the United Kingdom of Great Britain and Northern Ireland, respectively.

See the meeting report for the full slate of members and officers to the Board’s panels and working groups.