CDM Executive Board elects Chair and Vice-Chair for 2013 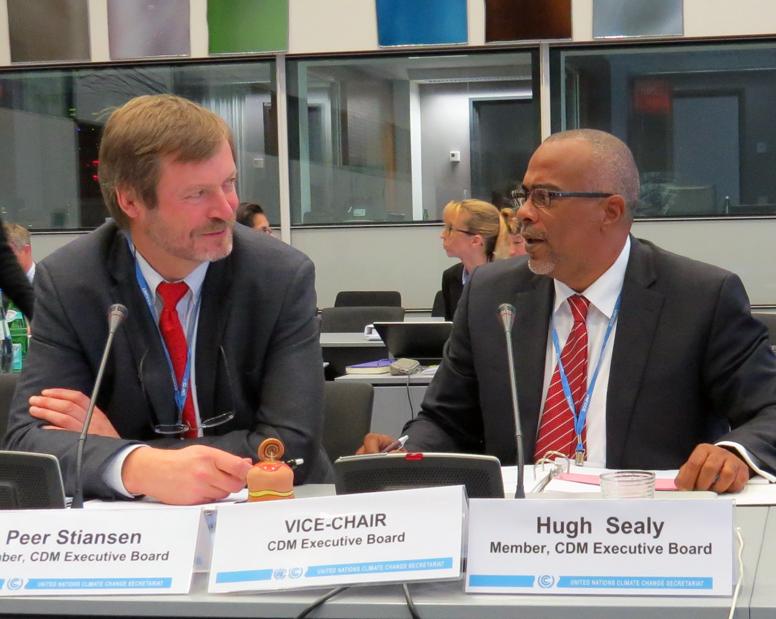 CDM Executive Board elects Chair and Vice-Chair for 2013

Mr. Stiansen, an economist who joined the Board in 2009, is a senior advisor in the Ministry of Environment, Norway. Mr. Sealy, an environmental scientist and chemical engineer who has served on the Board since 2008, is a Professor at St. George’s University in Grenada. The new Chair and Vice-Chair take over from Maosheng Duan of China and Martin Hession of the United Kingdom of Great Britain and Northern Ireland, respectively.  Pictured: Peer Stiansen (left), Hugh Sealy (right)