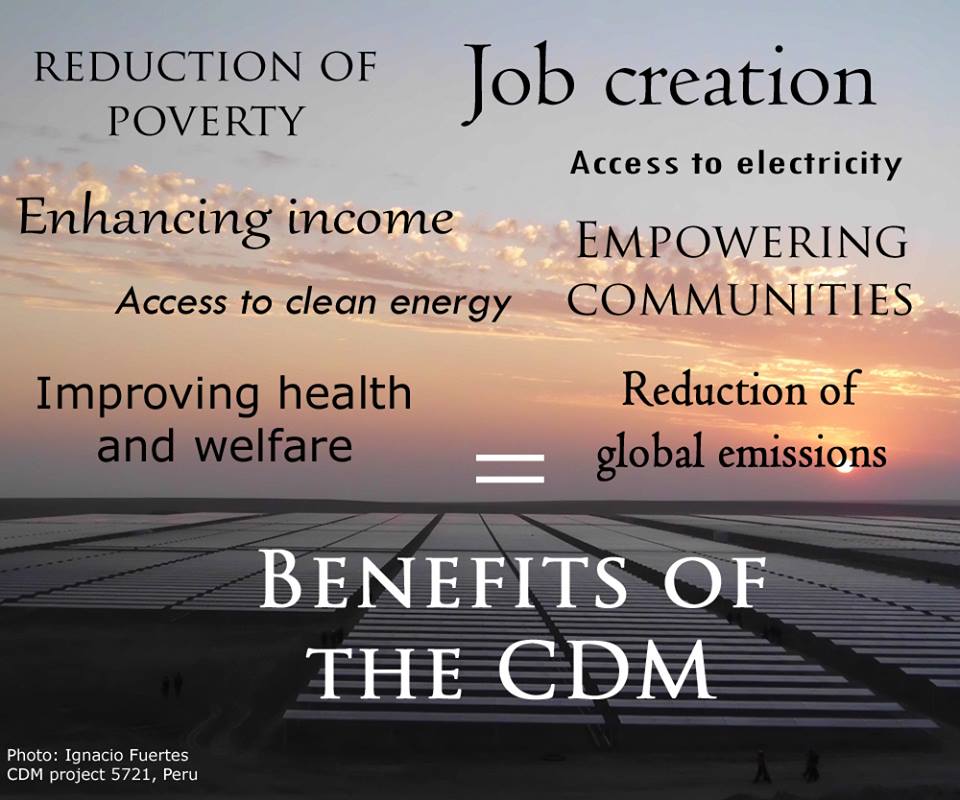 (Bonn, 20 November 2012) – The UNFCCC secretariat has released new research that shows the Kyoto Protocol’s clean development mechanism (CDM) has spurred billions of dollars of investment in projects that curb greenhouse gases and contribute to sustainable development. The report, titled Benefits of the Clean Development Mechanism 2012, answers in the affirmative, with numbers and analysis on the questions: Is the CDM fulfilling its design objectives and is it providing other benefits along the way for developing countries.

The study examined roughly 4,000 CDM project activities with respect to their contributions to sustainable development, technology transfer and regional distribution. The report also includes revised estimates of finance and costs for various types of projects, and new estimates of savings and revenue due to the use of the certified emission reductions (CERs) produced by CDM projects.

General interest article on the report

About the CDM:
The clean development mechanism allows emission-reduction projects in developing countries to earn certified emission reductions (CERs), each equivalent to one tonne of CO2. CERs can be traded and sold, and used by industrialized countries to meet emission reduction targets under the Kyoto Protocol. There are more than 5,000 registered CDM projects in 81 developing countries. To date, more than one billion CERs have been issued.
Web: cdm.unfccc.int Twitter: @UN_CarbonMechs Facebook: facebook.com/UNCarbonMechs