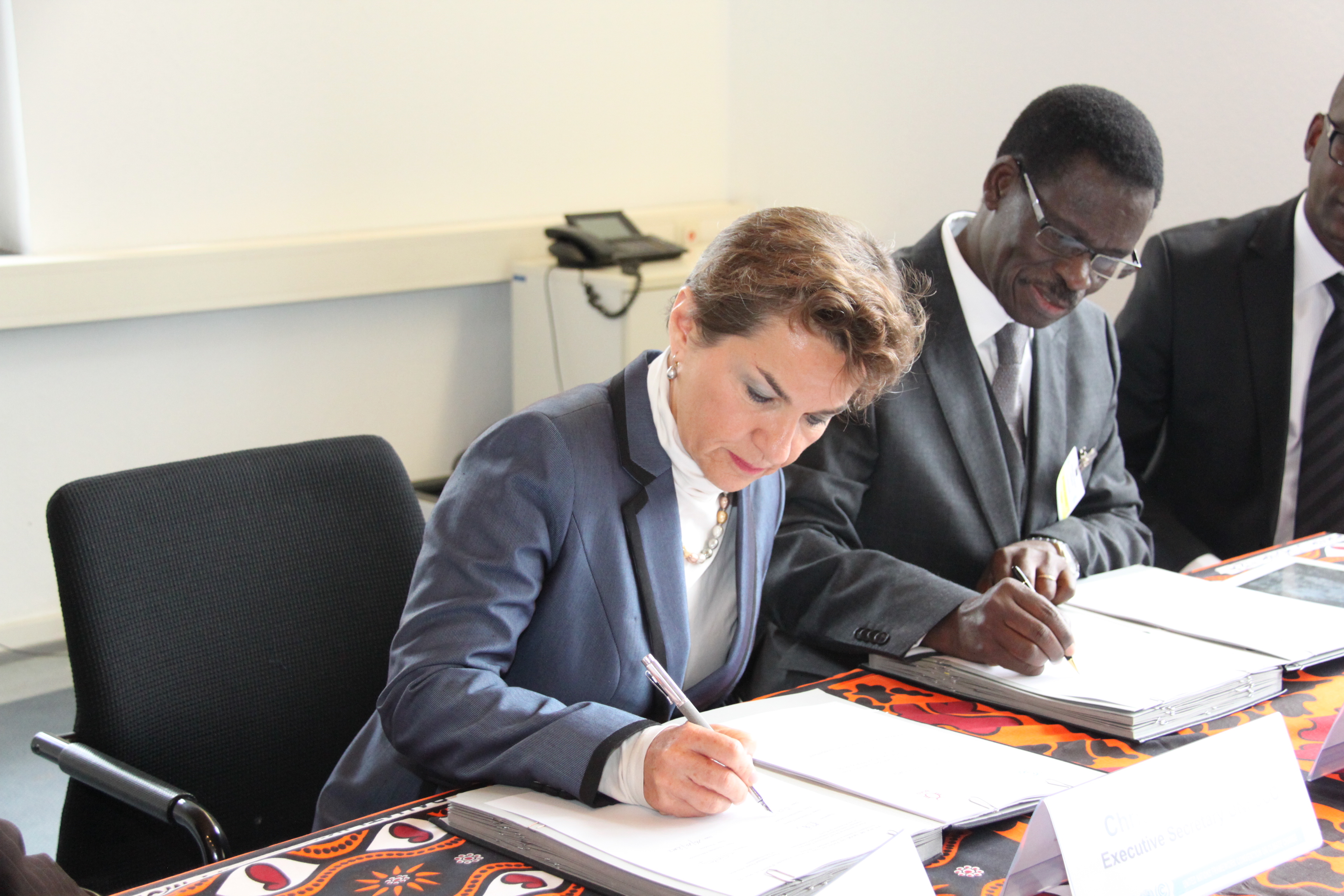 (Bonn, 16 October 2012) – In an effort to bring the benefits of the Kyoto Protocol’s Clean Development Mechanism (CDM) to currently underrepresented countries, the United Nations Framework Convention on Climate Change (UNFCCC) secretariat, in collaboration with the Banque Ouest Africaine de Développement (BOAD), has established a CDM support office in Lomé, Togo to help the region’s governments, non-governmental organizations and private sector engage in the development of CDM projects.

The first-of-its-kind partnership agreement to establish a CDM support office was signed today in Bonn by the UNFCCC Executive Secretary, Christiana Figueres, and the President of BOAD, Christian Adovelande.

“The field offices will enhance capacity building and provide hands-on support to CDM project developers, thereby reducing the risk for investors in such projects. By building their capacity, underrepresented countries will be able to attract a wider range of investors and thus start benefiting from this important mechanism,” said UNFCCC Executive Secretary, Christiana Figueres.

A consistent concern of the Parties to the Kyoto Protocol is the lack of equity in the regional distribution of CDM projects. One primary cause for this lack of equity is the disparity in institutional and human capacity in underrepresented countries. To address this capacity constraint, the UNFCCC secretariat is seeking to collaborate with organizations that are interested in establishing such CDM support offices in their region.

The UNFCCC secretariat is currently in discussion with other institutions and UN organizations who may also wish to commit their resources to these support offices with the aim to increase the regional distribution of CDM projects. In the coming months, the UNFCCC secretariat is expected to enter into partnership agreements with several regional partners in order to establish support offices in Asia, Latin America, the Caribbean and Francophone Africa.

The work plans for each partnership will be developed independently and tailored to the needs of each region. However, the overall purpose of all CDM support activities is to:

About the CDM
The Clean Development Mechanism (CDM) allows emission-reduction projects in developing countries to earn certified emission reductions (CERs), each equivalent to one tonne of CO2. CERs can be traded and sold, and used by industrialized countries to meet a part of their emission reduction targets under the Kyoto Protocol. There are more than 4750 registered CDM projects in 79 developing countries. To date, more than a billion CERs have been issued.