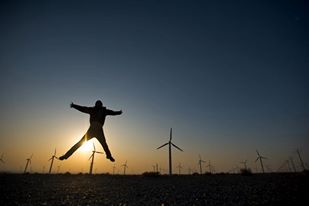 (Bonn, 7 September 2012) – The one billionth certified emission reduction (CER) credit under the Kyoto Protocol’s Clean Development Mechanism (CDM) will be issued today, marking an impressive milestone for the world’s leading greenhouse gas offset mechanism. The CER will be issued to a project at a manufacturing plant in India that has switched its fuel source from coal and oil to locally gathered biomass.

“"This exciting milestone is a testament to the expanding use of the CDM,"” said UNFCCC Executive Secretary Christiana Figueres. “"The CDM is not only having an important impact on developing countries through technology transfer and sustainable development, but it can also encourage developed countries to increase their emission reduction targets by making mitigation more affordable.”"

Under the CDM, projects that reduce greenhouse gas emissions and contribute to sustainable development can earn saleable emission offset credits, one CER for each tonne of carbon dioxide reduced. Developed countries that have an emission reduction commitment under the Kyoto Protocol can use these CERs to meet a part of their commitment.

In recent years, much has been done by the international Executive Board that oversees the CDM to safeguard the mechanism’s environmental integrity and extend its reach in under-represented regions. The most recent improvements include guidelines on setting broad, standardized emissions baselines against which projects can be judged and emission reductions assessed; procedures for programmes of activities (PoAs) that allow an unlimited number of projects over a wide area to be run under a single administrative umbrella; and guidelines on so-called suppressed demand, which allow projects in some places to assume a level of future development and resulting emissions to be avoided.

These changes increase the attractiveness of a range of smaller CDM projects, such as those installing efficient cook stoves, solar water heaters, biogas digesters and other small-size renewable energy generating systems.
“
"Our goals remain to ensure environmental integrity, improve efficiency and clarity and bring the benefits of the CDM to all developing countries,”" said CDM Board Chair Maosheng Duan. “Huge strides have already been made in these areas and the Board will continue its efforts to improve the CDM to make it increasingly attractive to the current and many emerging emissions trading systems.”"

According to its project design document, the recipient of the 1 billionth CER (CDM Project 0949) reduces CO2 emissions by 17,475 tonnes annually, about the equivalent of removing 3,100 passenger cars from the road each year. There are now more than 4,500 CDM projects registered in 75 countries worldwide, ranging from projects that reduce emissions by replacing inefficient wood stoves, to wind power projects that displace fossil fuels, to large industrial projects that destroy extremely potent greenhouse gases.

About the CDM
The clean development mechanism (CDM) allows emission-reduction projects in developing countries to earn certified emission reductions (CERs), each equivalent to one tonne of CO2. CERs can be traded and sold, and used by industrialized countries to meet a part of their emission reduction targets under the Kyoto Protocol. With more than 4,500 registered projects in 75 developing countries, the CDM has proven to be a powerful mechanism to deliver finance for emission-reduction projects and contribute to sustainable development.