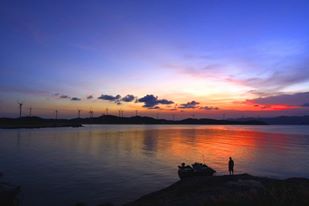 First round of CDM Loan Scheme reveals great interest for CDM projects
(Bonn, 10 July 2012) – A newly launched loan scheme aimed at helping spur Clean Development Mechanism (CDM) projects in developing countries closed its first round of applications with a strong show of interest from countries across the world. The CDM Loan Scheme received applications from 42 projects in 23 countries in Latin America and the Caribbean, Asia and Africa. Africa had the bulk of applications, with 29 coming from the continent.

The loan scheme is run jointly by the United Nations Framework Convention on Climate Change (UNFCCC), the United Nations Office for Project Services (UNOPS), and the United Nations Environment Programme (UNEP) Risoe Centre. It provides interest-free loans for CDM projects in least developed countries (LDCs), as well as countries with fewer than 10 registered CDM projects. The loans are to cover development of project design documents; validation by a designated operational entity; registration of the project; and monitoring and verification of emission reductions.

The types of projects submitted were equally varied. There were 22 applications for programmes of activities (PoA), covering mainly cook stove and small-scale biogas projects. In addition, 11 large-scale projects in a wide range of technology sectors, including transport, methane avoidance and renewable electricity, were also received.

“The number and types of projects submitted demonstrate CDM’s continued viability as a tool to help create a low carbon future,” said John Kilani, Director of the Sustainable Development Mechanisms programme in the UNFCCC secretariat.

"Most loan applications were received from least developed countries (LDCs), however 17 were from non-LDC countries, indicating that CDM stakeholders see a future for the mechanism outside the European Union Emissions Trading System (EU-ETS)," said John Christensen, Head of the UNEP Risoe Centre.

The EU has announced that the certified emission reductions (CERs) from projects registered in non-LDC countries after 2012 will not be accepted for compliance in the EU ETS. With some exceptions, CERs from projects registered before 2013 will continue to be accepted. Applications are currently being accepted for the second round of the CDM Loan Scheme, which closes on 30 September 2012.