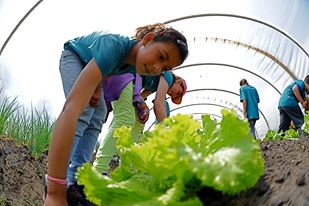 (Bonn, 11 May 2012) – The Executive Board of the Clean Development Mechanism (CDM) is considering a further step to streamline project assessment to make small-scale projects more attractive, a move that could greatly extend the benefits of the CDM. The Board has asked the UNFCCC secretariat to prepare a proposal that could expand the list of projects that qualify automatically due to their obvious ability to reduce emissions and the obvious barriers they face to implementation.

A key requirement of the CDM is that projects produce emission reductions that are additional to what would have occurred without the project. The CDM Board had previously agreed a list of project types that could be considered additional, based on their merit, without an elaborate validation process to check additionality. What the Board now wants to consider is how this list could be expanded by setting a size criteria – based on potential emission reductions and capacities – that could be applied to a range of project types.

Further, the Board wants to consider whether for these projects the project validation step could be abbreviated or dropped altogether in some cases. The changes, to be considered in July at the Board's next meeting, would increase the attractiveness of a range of smaller projects, such as those installing efficient cook stoves, solar water heaters, biogas digesters and other small-size renewable energy generating systems.

“This is an exciting initiative because it could spur a great many, very beneficial projects in regions that have yet to fully benefit from the CDM,” said Board Chair Maosheng Duan. “The next step is to come up with a workable proposal, one that reduces transaction costs yet ensures that the emission reductions produced are real, measurable and additional. I’m confident this can be done.”

Stakeholders have long called for the establishment of so-called “positive lists” of projects that can qualify without elaborate and costly validation procedures. They see such lists as especially useful when combined with the programme of activities (POA) approach to CDM. Under POA, an unlimited number of similar project activities can be administered under a single programme umbrella. POA is seen as an important means to scale up and extend the reach of the CDM, especially in under-represented regions.

Also at its 67th meeting, the CDM Board took a step to highlight the sustainable development co-benefits of CDM projects. Responsibility for deciding whether CDM projects or PoAs assist in achieving sustainable development will remain with the hosting country, but the Board has decided to come up with a means whereby project participants can report in a more structured, meaningful and consistent manner on the expected co-benefits of their projects, with the ability to provide updated reports throughout the lifetime of those projects.

The Board considered a revision to enhance the environmental integrity of a methodology for projects that incentivize more efficient generation of electricity from fossil fuel. The Board decided to send the draft revision back to its Methodologies Panel for further consideration taking into account comments made by Board members and submissions received in response to a call for public input held in April.

The Board appointed member José Miguez as Chair and alternate member Pauline Kennedy as Vice-Chair of the Carbon Capture and Storage Working Group, established by the Board at its 66th meeting to advise it on matters relating to the implementation of projects that sequester carbon dioxide underground. The appointments are a further step to deliver on a decision by Kyoto Protocol Parties to include carbon capture and storage in the CDM.